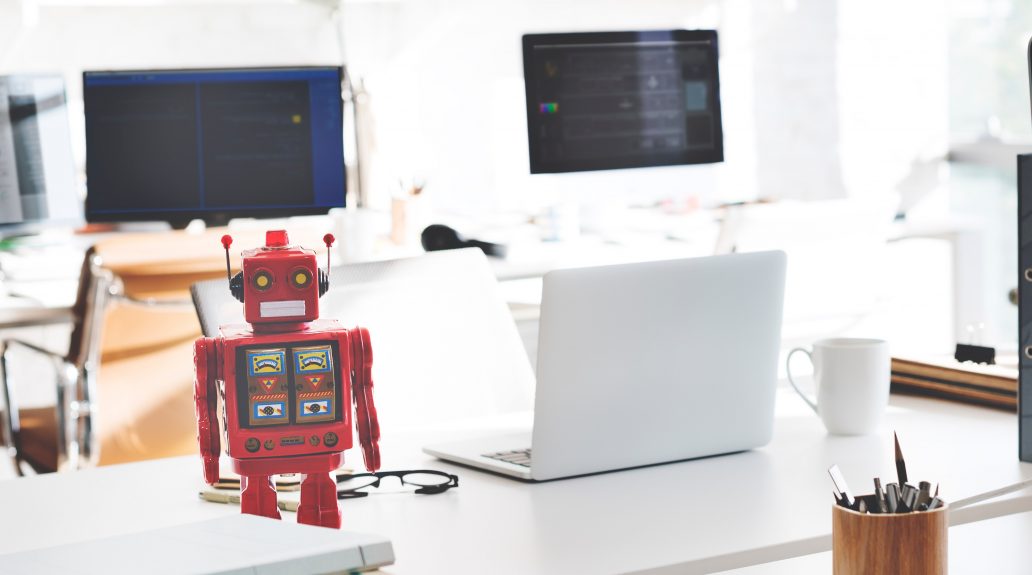 Natural Language Processing (NLP) is an area of computer science and artificial intelligence that governs how computers interact with human languages. NLP essentially defines how computers should be programmed in order to make them capable of comprehending natural language data. Simply put, NLP is a technological process that allows computers to derive meaning from user input, either text or voice-based, and then act on it.

Primitive chatbot technology predominantly focused on delivering scripted, linear conversations where the chatbots were fed predefined answers. Although this was enough for basic tasks, there was definitely a scope for improvement. When NLP is in effect, chatbots become capable of analyzing the intent, entity, and the context of a message, instead of just parsing through keywords.

For a chatbot to be well-received and widely adopted by enterprise users or customers, it’s important that it can convincingly simulate a human conversation. If chatbot technology has soared over the past few years, it’s primarily because NLP has enabled it.

Natural Language Understanding (NLU): This is a branch of NLP that enables machines to understand input made in the form of text or speech from humans.

Lemmatization: This is an algorithmic process that helps determine the “lemma,” or dictionary form of a word, based on its intended meaning.

Stemming: This is the process that reduces a word to just its word stem and eliminates any prefixes or suffixes that are affixed to it.

Part of Speech (POS) Tagging: POS tagging in the context of computational linguistics is the branch that helps a machine to understand the input text and assign parts of speech or any other token to each word in a sentence.

Using NLP in Chatbots
The role of NLP changes depending on what an enterprise chatbot is required to do.

If a chatbot is built from scratch, it’s important to determine how you want it to be perceived by the users. Should it have a serious or witty tone? Will it follow a simple query-response format or a conversational style?

However, if we’re looking at implementing NLP in an already-developed chatbot with existing response data, it’s important to study how users are presently interacting with it. Understanding what the user expectation from the chatbot determines how NLP should be used to deliver answers on a more consistent and personal level.

When it comes to NLP, chatbots can be trained to handle the various conversations they will engage in. This training involves providing content examples to the chatbot to learn from. The more examples that are provided, the more capable an AI-enabled chatbot becomes in interpreting and answering user queries and commands. Advanced NLP capabilities today help identify spelling and grammatical errors, allowing chatbots to interpret user messages in spite of mistakes.

NLP engines are usually powered by machine learning to analyze users’ messages, recognize intents, and capture the required entities. Additionally, by comprehending language semantics, text structures, and speech phrases, NLP-based enterprise chatbots make it possible for massive amounts of unstructured data to be analyzed quickly. NLP enables chatbots to read various nuances in a language such as morphemes, slang, and non-lexical content. Because NLP-driven chatbots are capable of capturing sentiment and learning abbreviations continuously just like a human would, they have become all the more powerful.

Dealing with language variations
NLP acts as a liaison between incoming messages from human users and the system-generated response. This helps the chatbot successfully interpret the language of a human being, including the various nuances, such as morphemes and slang, as well as contextual variations substantially enhancing user experience.

Higher customer satisfaction
Customers today expect around-the-clock support and personalized responses from companies. NLP-enabled chatbots can process large sums of data quickly and respond to customer queries in a personalized manner and with almost no downtime.

NLP technology is rapidly advancing. Human language comprehension is complex, so it’s fair to say that NLP has a long way to go before it becomes completely proficient in the tonal and contextual subtleties that human communication demands. However, current technology can definitely help you build intelligent chatbots that can assess the user’s objectives fairly well and perform the required tasks effectively.

Abhishek Shanbhag is the AI & Automation Practice Head at Acuvate and brings with him 14+ years of strong expertise across the Microsoft stack. He has consulted with clients globally to provide solutions on technologies such as Cognitive Services, Azure, RPA, SharePoint & Office 365. He has worked with clients across multiple industry domains including Retail & FMCG, Government, BFSI, Manufacturing, and Telecom.