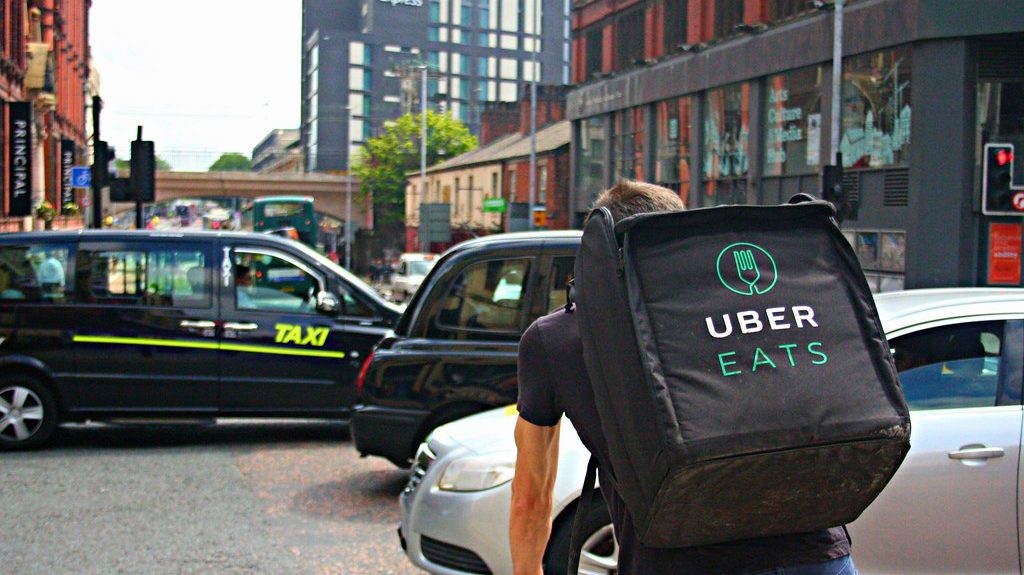 In the beginning of July, Uber Eats announced that it bought its competitor, Postmates, for $2.65 billion. Previously, the delivery platform tried unsuccessfully to merge with Grubhub, which currently controls 28% of the U.S. food delivery market. The deal reportedly fell through due to antitrust concerns. Instead, the European delivery service Just Eat will acquire Grubhub for $7.3 billion. The deal is expected to close in the first quarter of 2021.

The food delivery industry is no stranger to mergers and acquisitions. Grubhub and Seamless merged in 2013. In 2019, DoorDash, having been in the news for its dubious tipping policy and infamous data breach, bought Caviar. After the Uber Eats-Postmates merger, UberEats will control 37% of the restaurant delivery market in the U.S. DoorDash, the current leader in the industry, boasts 44% while Grubhub controls 17% of the market.

This spate of mergers and acquisitions is motivated by the pursuit of market share, for which there are two rationales. First, one of the inherent inefficiencies in food delivery is variation in demand, which can’t be predicted entirely. This variation can be aggregated by having a single pool of drivers. At any given time, the higher demand for the busy restaurants will cancel out the lower demand for the quieter restaurants, reducing the total number of idle drivers at quiet times and late orders at busy times.

Unfortunately, there’s a less efficient potential reason as well. Normally, we think of the free market as efficient when it minimizes the price for the consumer. However, the restaurant delivery market appears to be aiming for efficiency in the opposite sense. By reducing competition, forming a monopoly and raising prices, it is arranging for the consumer to pay the maximum price they are willing to pay. New York Magazine has observed that none of these apps are profitable, which suggests that this reason forms at least part of the explanation for the mergers.

What do these mergers mean for restaurants, especially small family-owned businesses? Unlike big restaurant chains, small independent eateries have no leverage to bargain for lower fees. In April 2020, Chicago pizzeria owner Giuseppe Badalamenti stated in a much-shared Facebook post that after paying commissions, fees, adjustments and promotions, all that remained of his restaurant’s $1,042.63 in sales was $376.54.

That said, some restaurant owners see the apps as a necessary evil that keeps them in business. How else could they get a single order of fries to someone’s doorstep in less than an hour? Amid the coronavirus pandemic, app orders form up to 70% of business for some restaurants. Still, the revenue isn’t nearly enough to make up for lost dine-in money.

The current situation requires any business, including delivery apps, to get creative. Apart from delivering restaurant food and essentials, Delivery.com also delivers laundry. Grubhub, Postmates and DoorDash have started delivering groceries and alcohol from supermarkets and drugstores.

This idea is hardly new. The delivery app goPuff has been in the digital convenience space since 2013, offering groceries, pet products, alcohol, over-the-counter medications and a variety of other products. goPuff and Amazon Fresh are the current leaders in the grocery delivery industry, with many companies following their lead, particularly DoorDash.

In August 2020 Doordash entered the grocery delivery space with the launch of DashMart, which currently operates in eight cities in the United States. The app partnered with grocery stores such as 7-Eleven and Wawa and now delivers items from their itinerary.

COVID-19 pandemic or not, delivery apps were always going to expand. That said, the pandemic has given them a boost, which has benefited everyone. Society would be worse off if everybody, including immunocompromised people, had to make regular trips to supermarkets and restaurants, where COVID-19 transmission can occur. Delivery apps are providing a valuable service and want to monetize it as effectively as possible.

What’s next for the food delivery apps? Some experts believe that they will strive to differentiate themselves from their competitors by offering deals and membership options and forming exclusive partnerships with popular restaurant chains. More mergers and acquisitions certainly aren’t out of the question either.