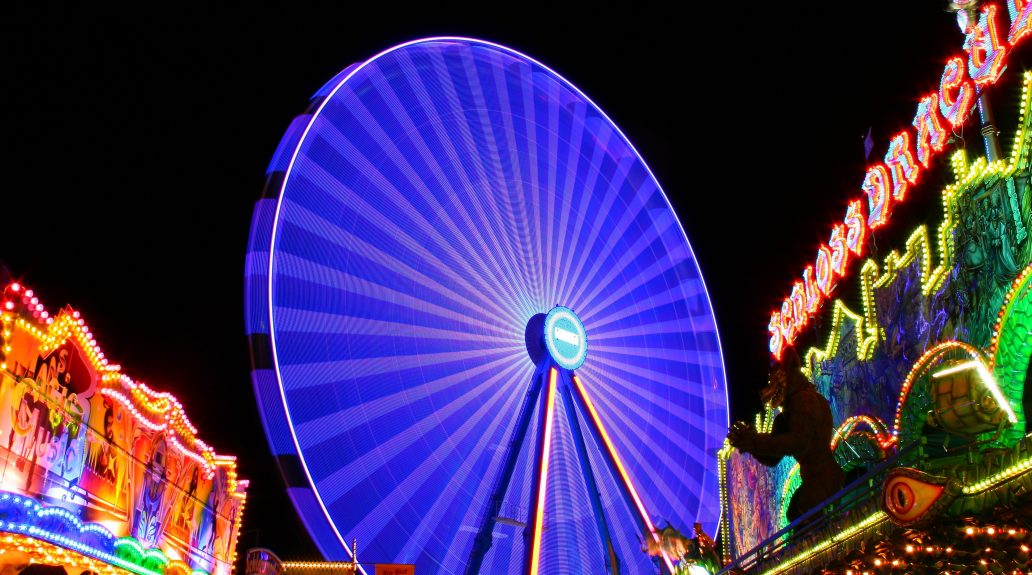 Can you imagine a time where traditional carnivals have become a thing of the past? Brent Bushnell and Eric Gradman can.

Bushnell and Gradman are, respectively, the chief executive officer and the chief technology officer of Two Bit Circus, a new venture that wants to reinvent the carnival and perhaps social interaction as a whole.

If Bushnell’s name sounds familiar, that may be because he’s the son of Nolan Bushnell, the founder of Atari and Chuck E. Cheese. The younger Bushnell has evidently inherited his father’s passion for entertainment, which motivated him to team up with Gradman and found Two Bit Circus in 2012.

The duo first made their ideas a reality with the Two Bit STEAM Carnival (STEAM stands for Science, Technology, Engineering, Arts, and Math), which combined interactive games and steampunk-esque inventions into an event that travels across the country to give kids a new, fun take on education. Both Gradman and Bushnell have engineering backgrounds, and they’ve certainly found a way to merge their technical education with their imaginations to create something magical.

However, despite the STEAM Carnival’s early success, the reality of picking up and moving such an intricate attraction proved difficult. So Gradman and Bushnell decided to put down some roots, which has led to the imminent opening of a 37,000 square foot “micro-amusement park” in a downtown Los Angeles warehouse next month.

The details of this installation sound like something from a childhood fever dream. Video arcades, virtual reality, escape rooms, and a steampunk carnival midway will be just a few of the many attractions at the Two Bit Circus. There will even be a robot bartender with the ability to engage in witty conversation with guests while mixing and pouring cocktails.

Gradman and Bushnell acknowledge that humans are social creatures and that our omnipresent technology often hurts our social interaction more than it helps. That’s why they’ve created a place filled with technology that also encourages friends and family members to engage with one another.

In addition to the aforementioned attractions, the Circus will also feature digital adaptations of classic carnival games, a movie-inspired set for selfie-taking, and an immersive dinner club where patrons can interact with actors and other patrons while watching theatrical productions or game shows.

In my opinion, one of the most exciting attractions are the Story Rooms, new takes on escape rooms that use VR and other cutting-edge technology to simulate situations, such as fending off creatures while on a river cruise, or going on an outer space adventure. These will undoubtedly be popular enough to require reservations, as each Story Room will take 30 minutes to complete.

Behind the obvious attractions, there is another, more meta, level to the circus that involves the entire facility and requires more creativity and critical thinking to uncover. This might require visitors to, for example, dial a secret number on a payphone to unlock a secret quest that unfolds across numerous sub-tasks, which means that you might have to visit the park multiple times to see its end.

Bushnell and Gradman designed the park with an elaborate backstory and plan to constantly evolve based on customer preferences in order to keep their visitors coming back.

The Two Bit Circus can host between 500 and 700 guests each night. Children are welcome until 9 p.m., when the park becomes adults-only. Admission is free, but expect to spend around $50 per person on food and games, each of which carry their own costs. A grand opening celebration is set for September 5, with opening day following on September 7.

Will you be paying the Two Bit Circus a visit? In what ways do you imagine technology will affect live entertainment and social gatherings in the future? Sound off in the comments below.