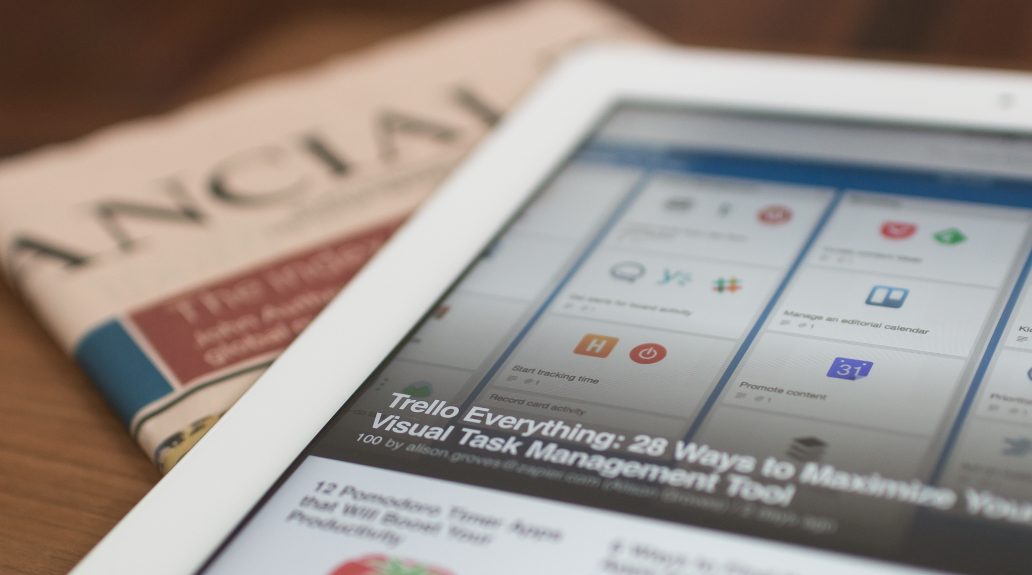 Remember the early days of the internet, when it glimmered with the promise of free and easily accessible information? That was lovely, wasn’t it?

Well, it looks more and more like those days are coming to an end, with the most recent indications coming from Bloomberg and Facebook.

On May 2, Bloomberg Editor-in-Chief John Micklethwait announced that they are “launching a subscription business for Bloomberg Digital, with a redesigned website, a twice-daily regional newsletter and a host of other new features.”

The new features are enticing – two virtual newspapers delivered to your phone daily (one timed to arrive when you start your day, the other when you leave work) and text-to-speech so you can have the news read to you.

Still, this comes as quite a shock, as up until this point Bloomberg has been a totally free news platform. Readers will still be able to enjoy ten free articles per month, but once you’ve reached your limit you’ll be forced to become a digital subscriber if you want to access any additional stories. It’s not cheap, either – the cheapest content package is a whopping $35 a month, which gives you unfettered access to Bloomberg’s website, apps, podcasts, videos, daily newsletters, and live stream. If you want to fork out an additional $5 per month for the highest subscription tier, you can also check out their Businessweek Magazine and exclusive BloombergLIVE events.

Then we’ve got Facebook, the platform that once promised us that it would always be free. After Mark Zuckerberg recently amended that promise to say that “there will always be a version of Facebook that is free,” it was revealed that Facebook has been conducting research into whether a paid ad-free version of the site would be received well by users.

The research is motivated in large part by Facebook’s major Cambridge Analytica scandal, which caused users to lose trust in the platform if they didn’t vacate it altogether. Most people have always been at least a little suspicious about how much data Facebook collects on them due to the site’s highly-targeted ads. Now more than ever we’re wondering just how much dirt the social media empire has on us, especially considering the massive amount of revenue the company generates from ads annually (that amount was $41 billion last year).

Similar research in the past has found that a paid option would likely inspire a negative response, especially considering the aforementioned promise Facebook still makes on its login page.

Plans for a paid version of Facebook are by no means set in stone, and in fact, they may not move beyond this research phase. Still, all this news has me feeling nostalgic for those early internet years when we barely understood how to use it and never had to worry about paying additional money to read an article.

Subscriptions are fantastic for companies; the revenue from paying users is much less volatile than that from ad dollars. However, all these monthly payments are starting to take their toll on the average internet user.

All these paywalls combine to be really overwhelming and beyond what many people can afford or are willing to pay for. Have I mentioned that this content used to be free?

Personally, I hope more media platforms will start to go the way of Spotify and Hulu by teaming up with another service to provide a package deal for a lower price.

What are your thoughts on the increasing number of paywalls on the internet? Do you have any possible solutions that could satisfy both producers and consumers?