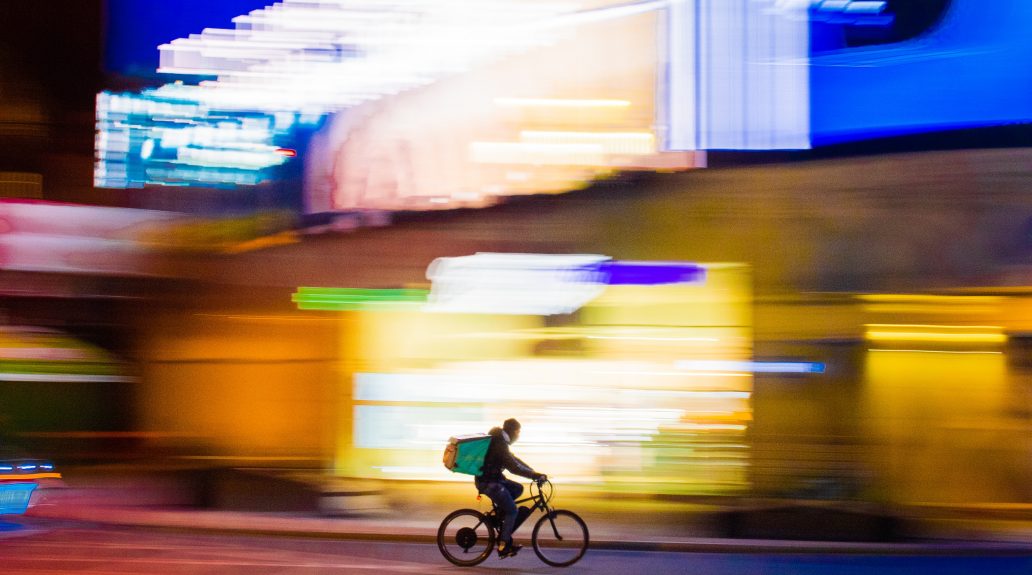 In 1984, Domino’s Pizza launched an ambitious pledge to deliver food to customers in 30 minutes or less. While the initiative made for great marketing and helped to make the company the world’s largest pizza delivery company, their focus on speed led to serious issues—including a St. Louis woman being struck by a Domino’s delivery driver in 1993. She sued, argued that the marketing promise caused drivers to drive frantically, and was awarded $79 million for damages.

Shortly after, Domino’s dropped its guarantee of speedy delivery. However, despite lessons learned from Domino’s lawsuit, companies are now making the same pledge and it’s faster than ever. According to the PwC’s June 2021 Global Consumer Insights Pulse Survey, “Fast and reliable delivery” was the most important online shopping attribute among the more than 8,500 consumers queried. Not only will delivery services become more crucial across the e-commerce landscape, but they show no signs of slowing down.

This past May, Gorillas launched their operations in the U.S. starting with Brooklyn, NY with plans to expand to other major U.S. cities in the near future. In New York City, the German e-commerce giant will face direct competition from similar delivery services like Fridge No More, Gopuff and 1520, which have similar operating systems. This year, delivery app Gopuff raised $1.15 billion to expand its 24-hour convenience store-like delivery service. Now that consumers have grown accustomed to rapid delivery service models, customer expectations for faster delivery options will only increase. But, how much faster can they get and is it sustainable?

The Future of Food Delivery Apps

These super-fast food delivery services could change our relationship with grocery shopping. Instead of weekly grocery trips to the store, getting groceries may become more like a utility that you use whenever you need something instantly. However, grocery analyst and founder of Supermarketguru.com Phil Lempert explained he believes people will use on-demand food delivery apps for cooking emergencies, but the apps will never replace weekly grocery store trips.

Unsurprisingly, this model works well in large cities. Gorillas and Fridge No More both operate in New York City because it’s a dense, urban environment with a lot of potential customers in a small area. Additionally, food delivery apps need to offer more to customers than speedy delivery in order to drive revenue. For example, if a service is so preoccupied with the speed that they result in a poor customer experience, it’ll be less likely to win customer loyalty.

Ultimately, food delivery services need to build a foundation or adjust their current one to enable not only speed and convenience for the customer but one that considers all aspects of the customer experience. As consumers become more comfortable ordering food through apps and accustomed to faster delivery times, it remains to be seen if consumers’ appetite for ultrafast-delivery services (with likely higher delivery fees) will be enough to support these models.