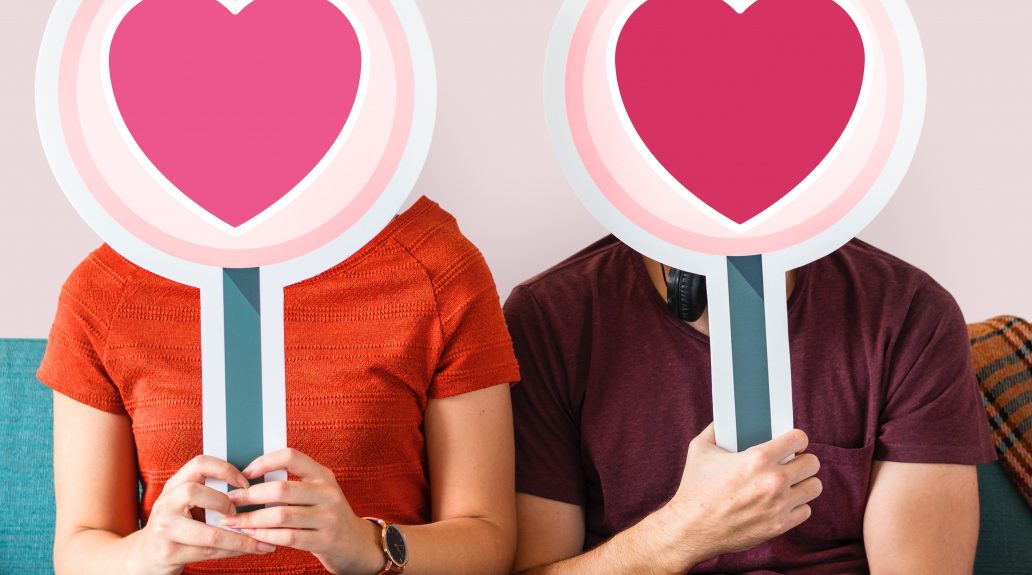 A look back at how people used technology to find love before the age of laptops and smartphones
There was a time, not terribly long ago, when what people thought of when they heard the word “tinder” was a material suitable for starting a literal fire. Dating in the information age has pushed the etymological boundaries of the word “tinder” (and the boundaries of how people date). What started as a synonym for kindling, morphed into a term meaning a force to ignite, and currently resides with terminologies such as “left swipe” and “right swipe.”

As technologies evolve, finding love online might one day become the conventional way of meeting a romantic partner. According to research conducted by the Pew Research Center, 59% of American adults thought that online dating was a good way to meet people. In 2005, only 44% of American adults shared that sentiment. Public opinion eventually catches up with technology.

Newspapers: It was only a matter of time
In the 1600s, publishing presses with mechanical movable printing capabilities were gaining popularity in mainstream publishing. Thus, people started printing and reading newspapers, and the first personal ads soon followed suit. One such ad was documented in 1695 when a 30-year-old British bachelor placed a personal ad looking for a, “good young gentlewoman that has a fortune of £3,000 or thereabouts.”

At first, heterosexual men dominated newspaper want ads, but women and LBGTQ folk would start using the latest printing technology to find love, often using code words and phrases. It wasn’t long before people from all walks of life were advertising in what came to be known as the “lonely hearts column.”

According to PBS, by 1870, there were more than 20 publications specializing in personal ads in the United States. One such newspaper for singles was called, The Matrimonial News, where men paid 25 cents to take out an ad (women paid nothing). For a long time, newspapers were the top technology for finding love.

Computer Processing: “Matchmaker, matchmaker, make me a social equivalent”
As humans started using computers to process data, information about relationships quickly entered the fray. According to PBS, a company called Introduction started using standardized testing and data as the foundation of a matchmaking service that paired “social equivalents.” In 1959, students at Stanford University completed a project that used an IBM 650 computer to determine similarities between 98 subjects based on a 30-question profile. People were starting to look to machines to form romantic correlations.

In 1965, Americans had access to the first computer dating service offered in the United States: Operation Match. Harvard University undergraduate students started the service, which used IBM 7090 computers to process information from subscribers. Subscribers filled out a paper questionnaire and sent it, along with a $3 processing fee, to Operation Match, who transferred the responses to punched cards, processed the information, and mailed subscribers names and telephone numbers of their matches.

Video Dating: See Before You Commit
In the 1980s, as the videocassette recorder (VCR) gained popularity, so did its applications for matching lonely people with potential mates. Brick-and-mortar matchmaking services started popping up around the country. They offered their clients a basic service; they would create video profiles to their clients and share those videos with other interested clients. Besides serving as posthumous fodder for internet, VHS recordings made the matchmaking process more personal and interactive. VHS technology allowed people to create and disseminate a dating profile using the latest technology while facilitating a higher level of discretion for the recipient of the profile.

The Internet: Bringing Options to the Disparate Masses
Unlike past technological advancements, the internet has paired lonely hearts from across demographics and locations. Online matchmaking sites are now so popular, that 40% of Americans use them. No longer bound by niche demographics, people can search vast repositories of user profiles to find a partner who looks appealing, and then interact with that person, all without ever actually meeting them, something that took a lot of time and written communication when the hottest dating technology was a newspaper.