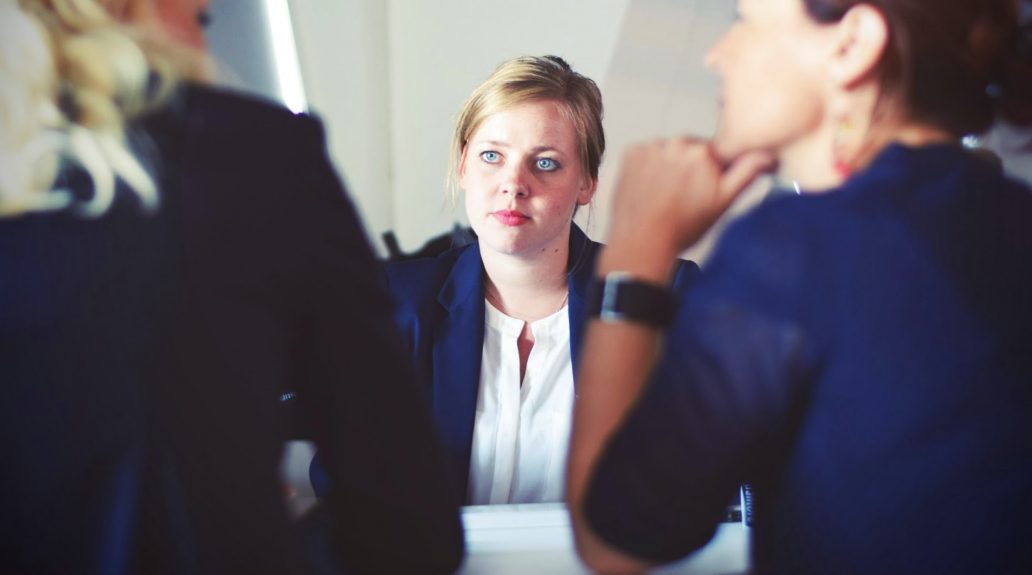 From powersuits to #TheFutureIsFemale, the conversation surrounding female empowerment has captured the attention of the media over the last several years. But does this renewed focus translate to an increase in women in leadership positions? The statistics do seem to tell that story: Between 1997 and 2009, the number of female CEOs increased sixfold. Yet, merely 24 of the Fortune 500 companies reported having a female CEO in 2018, which represented a 25% decrease from the year prior. It seems there is still quite a ways to go.

One missing piece may be whether women can actually visualize themselves breaking through that glass ceiling. In a 2017 study by Fortune, 57 current and former female CEOs from Fortune 1000 companies were asked if they ever thought they would become CEO. Nearly two-thirds of these women said they’d never considered it until someone else told them they had potential. Only 9% of respondents said they had always wanted to be a CEO.
So, how can women today rise to the top and beat the odds? Here’s some career advice from female CEOs who have done just that.

1. Voice unpopular opinions
“Speak up with the point of view in the room that may not be popular. Have those uncomfortable moments. Because my strong personal belief is it is those moments that cause you to grow the most yourself, but also differentiate you the most in your career.” – Corie Barry, CEO, Best Buy

2. Be yourself
“My style doesn’t work with people who expect all women to be warm and fuzzy. That’s not me. I’m goal-oriented and often act in a manner that is no different than the guys, but because it’s confusing hearing that from a woman who is not supposed to be assertive, the approach can ruffle a few feathers. I learn to attack it straight on: I actually announce that I may not be what people expect, but I also make the effort to find a way to connect on familiar ground with people too (i.e., if someone is a mom or divorced).” – Diane Danielson, CEO, Sperry Van Ness International Corp

3. Just go for it
“Do it and do your best. You have nothing to lose. Worse comes to worst, you are where you are now, which is not bad. You are a smart woman—you will always have a job. Someone will hire you. The last thing you want is years from now that you regret you didn’t do it.” – Niki Cheng, Co-Founder, Calligaris NYC

4. Ask questions
“Don’t wear your heart on your sleeve but instead listen very carefully and never be afraid to ask a question. Sometimes the dumbest question is the one they’re hoping you won’t ask, so that the words are never spoken and everyone can plead ignorance later! I am always asking the ‘dumbest’ of questions.” – Alyson Hogg, CEO and Founder, Vita Liberata

5. Be kind to yourself
“I realized that ultimately, success is about the relationship you have with yourself: How you speak to yourself, how you think about yourself, how you feel about yourself. If you are not satisfied with who you are, you can’t show up, you can’t do your best, and you will never feel successful, no matter how much you seem to achieve.” – Kristi Faulkner, President and Founder, Womankind

6. Learn to let go
“When you’re constantly going at 100 mph, you will make mistakes and lose focus along the way. Every year, your priorities will continue to shift, and all of a sudden you don’t have the same time, energy, or focus you once had. But that’s okay. You have to learn to let the little things go, pick a few things to really focus on, and always make sure you have good harmony in your life to give yourself the breaks you deserve.” – Ally Davidson, Co-CEO and Co-Founder, Camp Gladiator

7. Aim to motivate and inspire
“Good leaders organize and align people around what the team needs to do. Great leaders motivate and inspire people with why they’re doing it. That’s purpose. And that’s the key to achieving something truly transformational.” – Marilyn Hewson, CEO, Lockheed Martin

8. Push yourself
“I always did something I was a little not ready to do. I think that’s how you grow. When there’s that moment of ‘Wow, I’m not really sure I can do this,’ and you push through those moments, that’s when you have a breakthrough.” – Marissa Mayer, Former CEO, Yahoo

9. Embrace failure
“We need to accept that we won’t always make the right decisions, that we’ll screw up royally sometimes – understanding that failure is not the opposite of success, it’s part of success.” – Arianna Huffington, Editor, Huffington Post

10. Commit
“Do every job you’re in like you’re going to do it for the rest of your life, and demonstrate that ownership of it.” – Mary Barra, Chair and CEO, General Motors