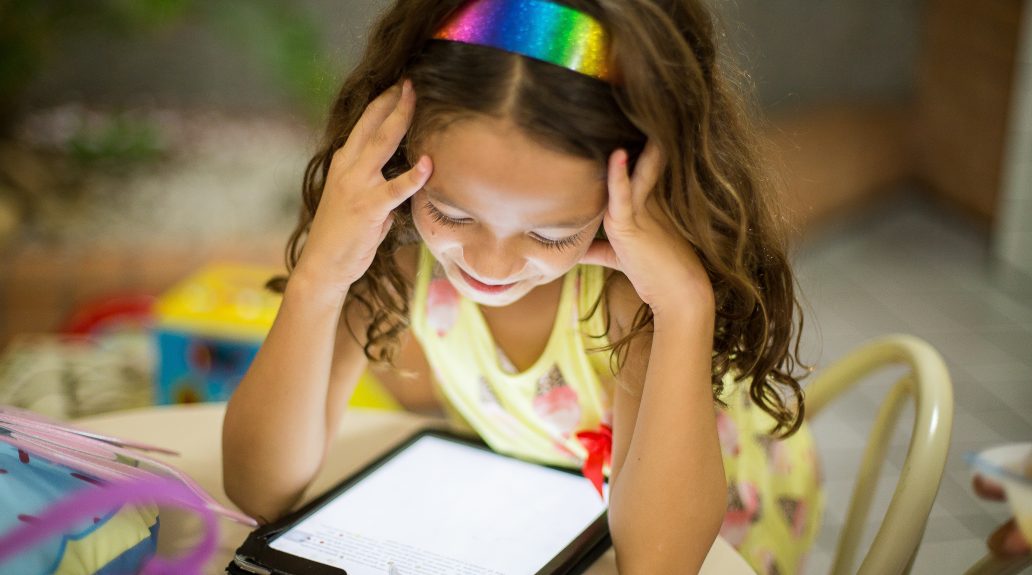 Remember, back about ten years ago, when parents were terrified to let their children set up their own Myspace and Facebook profiles for fear that something like this would happen? Seems so long ago, doesn’t it?

Nowadays, “family vloggers” flood YouTube with hours of footage of their children running amok, and Instagram is full of parents persuading their adorable toddlers to read off a script so they can rack up those ad dollars.

Anne Longfield, the children’s commissioner for England, released a report last week entitled “Who knows what about me?” to highlight the stunning rate at which children are being “datafied,” largely or entirely without their consent.

According to the report, by the time children become teenagers, their parents have already posted an average of 1,300 pictures and/or videos of them online. Once that child becomes active online, he or she tends to post on social media an average of 26 times per day. This adds up to a total of 70,000 posts by the time the child has become an adult.

Longfield warns that we need to collectively “stop and think” about the kind of repercussions this could have on a child’s future, because we have no idea what those repercussions might be. This is a wholly original issue; previous generations have not had to deal with this.

“We simply do not know what the consequences of all this information about our children will be,” writes Longfield. “In the light of this uncertainty, should we be happy to continue forever collecting and sharing children’s data? Children and parents need to be much more aware of what they share and consider the consequences.”

If the report’s finding that children born in Generation Z and after will have amassed 70,000 social media posts by the time they turn 18 is correct, this could have far-reaching effects on a child’s future. Someday, that child will to apply for college or a job or decide to run in a political race. That gives people the opportunity to find something unsavory on any one of their social media profiles. Out of 70,000 posts, that’s highly probable. Will one mishap in childhood doom all of their future prospects? Probably not. But is it something to remain cognizant of? Definitely.

Maybe we as a society will reach a point where we understand that children born in the 2000s have grown up in a different time, and they and their parents haven’t always thought about how a certain post might affect their lives before hitting the “share” button. Maybe this mindset will allow their potential educators/employers/voters to forgive some of the less-appealing content on their social profiles … but maybe it won’t. As of now, there’s just no way of knowing.

Furthermore, social media posts aren’t the only way data is being collected on young children and adolescents. Smartphones, tablets, smart toys and baby cameras, and search engine histories also have the ability to observe, gather and store information.

For now, Longfield calls for stronger data legislation: “Companies that make apps, toys and other products used by children need to stop filling them with trackers, and put their terms and conditions in language that children understand. And crucially, the Government needs to monitor the situation and refine data protection legislation if needed, so that children are genuinely protected – especially as technology develops.”

Longfield also believes schools should educate students about the ins and outs of data collection and how they can take control of their digital presence.

All said, the outstanding issue is a lack of transparency. We don’t precisely know how our own data is collected and processed, never mind our children’s data.

As Longfield writes, “If we better understood what happens to children’s data after it is given – who collects it, who it is shared with and how it is aggregated – then we would have a better understanding of what the likely implications might be in the future, but this transparency is lacking.”

What do you think the future of data collection looks like? Does this report make you concerned, or do you think it’s an overreaction? Let us know in the comments below.